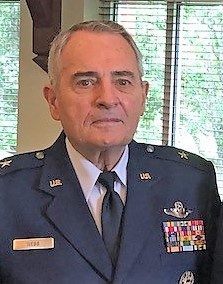 Brigadier General Bill Webb graduated from the United States Military Academy at West Point, General Webb served ‎‎29 years in the United States Air Force from 1957 until 1986. Since his retirement, General Webb has ‎been actively involved in the Military Officers Association of America, the Air Force Association, the ‎Florida Veterans Foundation, the West Point Society, and President of the Association of Former ‎Intelligence Officers (North Florida Chapter). His legacy of distinguished public service to Tallahassee, the State of Florida and the Nation is exemplary. 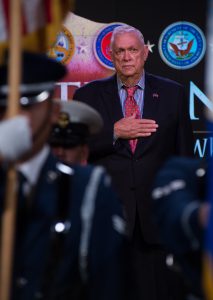 Raymond Crallé ‎served in the Marine Corps Reserves and today is widely known for his commitment ‎to ‎researching and treating the “silent wounds of war.” It was his first cousin’s traumatic suicide ‎after ‎returning from duty that led him to examine blast exposure and its potential effects on ‎PTSD ‎symptoms and suicide. He is a strong proponent of hyperbaric oxygen treatment as an ‎alternative ‎treatment method, and offers treatment at little to no cost to veterans. Because of ‎his commitment to ‎providing pro-bono treatment to veterans in need, he has received ‎numerous certificates and awards ‎of appreciation. ‎ ‎ 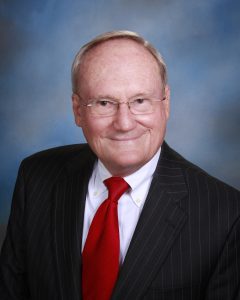 Lieutenant Colonel Pat Phillips was commissioned as an Air Force 2nd ‎Lieutenant in ‎‎1966 and flew 850 combat hours in Vietnam from 1968-1969. He has flown into almost ‎every ‎nation in the Free World and flew numerous Special missions. Since retiring from the military, ‎he has become extremely ‎involved in the Rotary Club of Orlando, and currently serves as the ‎organization president. For the ‎past nine years, he has driven World War II veterans in the ‎annual Orlando Veterans’ Parade with the ‎Central Florida Chapter of the Air Force Association, ‎and also drives them in the Winter Park St. Patrick’s ‎Day Parade. Additionally, he was ‎appointed to the U.S. Air Force Academy Selection Committee for ‎‎2018 and 2019.‎ ‎ 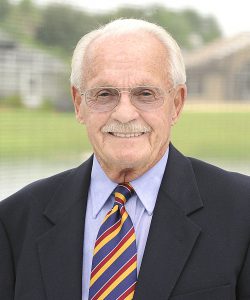 Captain Norman Olson is a highly decorated former Navy SEAL.  ‎After retiring from the military, Captain Olson worked to open and served as the Founding Director of ‎the National Naval UDT-SEAL Museum in Ft. Pierce. Over the years, he has supported the museum ‎financially, and 10 years later, the Museum Association established the “Captain Norman H. Olson ‎Distinguished Achievement Award,” presented annually on Veterans Day to one or more recipients for ‎service to the Museum and to Naval Special Warfare.  He was also a Founding Director on the board of ‎the Navy Seal Foundation and has been recognized for his extraordinary commitment and mentorship ‎of the University of Florida NROTC and Special Warfare Program. 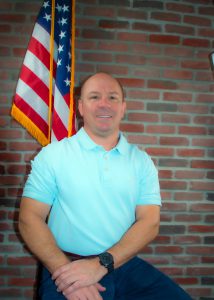 Captain Michael Waldrop served in the United States Army where he received two Bronze Stars for ‎valor and a Purple Heart.  While deployed to Afghanistan, Captain Waldrop developed a concept which ‎he presented to local legislators to exempt property taxes for service members serving away from ‎home in a combat zone.  His leadership and commitment to serving fellow veterans led to a ‎constitutional amendment that passed in 2010.  Its passage with more than 3.2 million votes resulted in a ‎savings of approximately $15 million for future service members from the ‎state of Florida serving in combat zones.  For the past seven years, he has served as the ‎Chairman of the City of Orlando Veterans Advisory Council to give active and meaningful support to ‎Orlando’s veterans.  He also founded the Florida Association of Veteran Owned Businesses, which has ‎grown to more 100 business members. ‎ ‎ 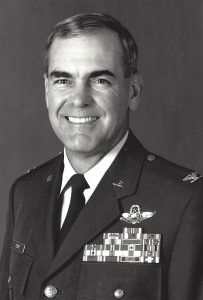 Colonel Michael Flynt, Sr., served in the US Air Force for 26 years.  His posts included flight and special operations commands.  After his military retirement, he continued to serve as the City Administrator for Valparaiso, Florida.  As the top executive in a city with a large veteran population, Col. Flynt ensured that the city was veteran-friendly and responsive to the special needs of the population.  Col. Flynt also made positive impacts for veterans in higher education; he found ways to make sure service members could get a college education regardless of their financial condition.  Additionally, he looked for ways for veteran students to maximize credit received by transferring credit from military training.  Col. Flynt, looked at the whole student; opening counseling, advising, and career services making sure they were set up for success.  Sadly, Col. Flynt passed away in 2017. 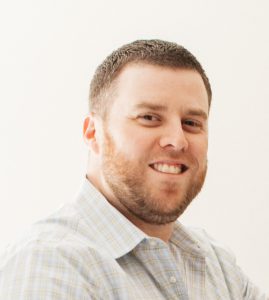 Matthew Franz is an Army veteran who flew a Florida flag over his living quarters in ‎Iraq to show that Florida was in the fight for freedom while deployed in support of Operation Iraqi ‎Freedom and Operation New Dawn.  Upon exiting Active Duty, he joined the Army Reserve and ‎devoted himself to serving his community and connecting with as many Florida veterans as possible. ‎ He has planned, organized, led, and executed more than 20 volunteer events in Central Florida, including two ‎Marine Corps Reserve Toys for Tots drives collecting more than 400 toys and three beach cleanup events ‎that gathered hundreds of pounds of trash. 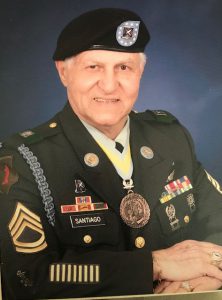 Sergeant First Class Juan Santiago is a U.S. Army combat veteran of the Vietnam War and ‎recipient of two Purple Hearts.  During his 22 years of active duty service, he earned eight Overseas Service bars, with tours in ‎Vietnam.  He is fluent in Spanish, with conversational skills in Vietnamese, Italian and ‎Portuguese, which allows him to connect with veterans of different backgrounds.  To this day, he ‎works closely with Army Recruiters from Brevard and Osceola Counties and has spent more than 1,500 ‎hours in high school classrooms and at after school events mentoring students and meeting with their ‎families.  For the past 14 years, he has made regular trips at his own expense to the Basic Combat ‎Training graduations at Fort Benning, Georgia and Fort Jackson, South Carolina to celebrate the new soldiers he helped to ‎recruit. 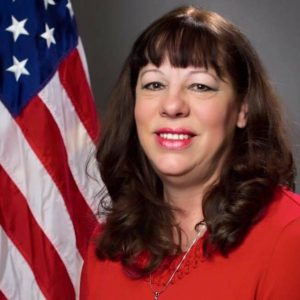 Kathryn A. Gates-Skipper (“Kat”) is a retired U.S. Marine Corps veteran who has worked tirelessly as an ‎advocate for veterans’ rights and welfare.  She was a pioneer during her service with the U.S. Marine ‎Corps and was among the first to serve as a woman in combat training, and the first to stay aboard a ‎warship overnight.  She chose to become the first woman to enlist in Combat Operations and helped ‎train Kuwaiti women soldiers during Operation Desert Shield and Desert Storm.  She served as Central ‎Florida Director for Concerned Veterans of America and played a part in helping pass the VA ‎Accountability Act of 2014.  She currently serves on the Orlando VA Medical Center’s Management ‎Assistance Council. ‎ 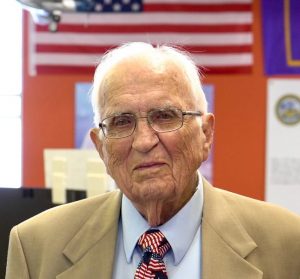 John Brinkley is a World War II Marine Corps veteran and a veteran of the U.S. Air Force.  He is the ‎founder and president of the Veterans Museum and Education Center in Daytona Beach and ‎committed to paying tribute to our veterans and educating younger generations about the service and ‎sacrifice required to live in a free society.  Since retiring, he has received multiple leadership and ‎service awards for his commitment to serving his community. ‎ 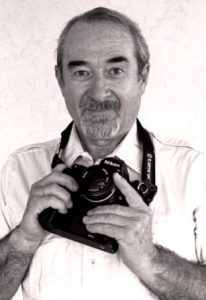 Irving Friedman is a World War II U.S. Navy veteran who has shown a lifelong devotion to serving the country, ‎his fellow veterans, and the Arts.  He is a recipient of The Chapel of Four Chaplains Legion of Honor ‎award in recognition of his outstanding service to all people, regardless of faith.  He was an organizer ‎and founding member of the Disabled American Veterans Post 113 in Port St. Lucie, and ‎Jewish War Veterans Posts in Port St. Lucie and Stuart.  In addition, he ‎has received several Lifetime Achievement awards for his involvement with teaching photography and ‎his theater work. 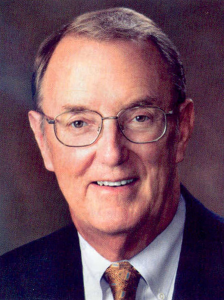 Dr. Edward Copeland III is a world-renown surgeon and Army Medical Corps veteran.  He was ‎awarded the Bronze Star for his service in Vietnam and since then has had a special interest in ‎the well-being of veterans.  While a professor and chairman of the Department of Surgery at the ‎University of Florida, College of Medicine, Dr. Copeland worked at the Lake City VA Medical Center and ‎the Malcom Randall VA Medical Center.  Because of his background, Dr. Copeland continues his ‎commitment to community cancer prevention and awareness and possesses multiple national awards. ‎ 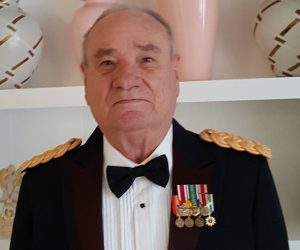 Chief Warrant Officer 4 Donald Courtney served in the Army for 30 years before retiring and distinguishing himself by ‎providing valuable and honored service to veterans and his local community, all as a volunteer.  In ‎‎2002, he was appointed by a Member of Congress to a task force that helped establish the Sarasota ‎National Cemetery.  CW4 Courtney held leadership positions in several organizations, including the Military Officers ‎Association of America, the Military Order of World Wars, and the Manatee County Veterans Council.  ‎In recognition of his outstanding support of veterans in Manatee County, the County Commissioner ‎honored him by declaring July 26, 2016 as “Donald Courtney Day” in Manatee County.‎ 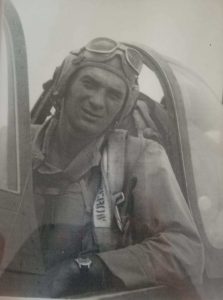 Colonel Dale M. Leslie enlisted in 1941 and served as a Marine Corps aviator in the Pacific during World War II.  He was awarded the Navy ‎Cross, the U.S. military’s second highest combat decoration, for his extraordinary heroism ‎demonstrated at Guadalcanal while saving the lives of a large number of Marines who were cut off from their unit and ‎surrounded by Japanese forces.  In 1948, he was elected Clerk of the Circuit Court of Madison County, Florida and held that office for 32 years.  He was a champion advocate for veterans, particularly in the area ‎of legal issues, and he came to be known as the “Veterans Best Friend.”  He died in 1998 and a ‎monument was installed in his honor on the grounds of the Madison County Courthouse.‎ 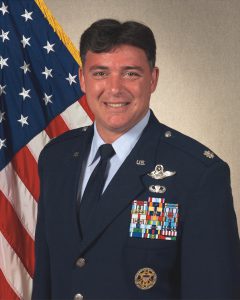 Lieutenant Colonel Ali Frohlich is a retired U.S. Air Force Gulf War veteran and highly decorated command ‎pilot with extensive aviation experience.  He is the recipient of multiple Top Gun Awards, Air Medals, a ‎Commendation Medal for saving an individual’s life off base, the Air Force’s James Jabara Award for ‎Airmanship, and nomination by the Secretary of the Air Force to be the Military Aide to the President ‎to name a few.  He was a driving force behind establishing a Military Welcome Center in the new ‎Northwest Florida Beaches International Airport, and brings food to airport workers and the ‎military lounge on Thanksgivings and Christmas. ‎ 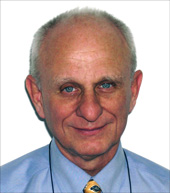 Dr. Albert Zant is a distinguished medical leader in hyperbaric medicine and has provided more than 1,200 ‎hyperbaric oxygen treatments to active duty wounded personnel, veterans, and their family members ‎at no cost. He served as a Captain in the United States Medical Corps during Vietnam from 1969 to 1971, ‎and was the Deputy Commander of the medical facility at the former Sierra Army depot. Following his ‎service, Doctor Zant moved to Florida and has dedicated his life to serving veterans in his community, ‎Okaloosa County. ‎

Sixteen Florida veterans were inducted March 9 into the Florida Veterans’ Hall of Fame during ceremonies at the Capitol. FDVA Executive Director Danny Burgess hosted the ceremony honoring the Class of 2019, and was joined by Florida Chief Financial Officer Jimmy Patronis.

Sixteen Florida veterans were inducted March 9 into the Florida Veterans’ Hall of Fame during ceremonies at the Capitol. FDVA Executive Director Danny Burgess hosted the ceremony honoring the Class of 2019, and was joined by Florida Chief Financial Officer Jimmy Patronis.